Are Millennials Buying Homes For Their Dogs? 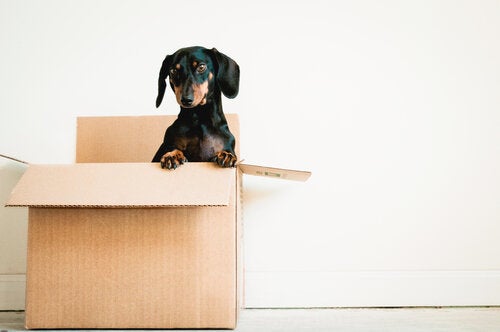 Millennials tend to get a bad rap for being, well, different from the generations that precede them. And while there's little evidence to back up the stereotypes about Americans roughly aged 18 to 39, one thing is certain: Millennials make up the largest generation in U.S. history. And despite their historic low rate of homeownership, 31 percent of millennials owned homes in 2015 according to Harvard's Joint Center for Housing Studies' Improving America's Housing 2017 study.
But why they're buying these homes might surprise you. It's not after they've gotten married or when they're planning for the birth of a child. Nope. They bought a home to have more space and a better yard for their dogs. A survey released in late July 2017 by Harris Poll and SunTrust Mortgage found that as many as a third (33 percent) of millennials who purchased their first home say they did it for their furry friends.
Shannon Quinn Lewis, 37, and her husband, are both avid volunteers and fosters with Atlanta's Angels Among Us Pet Rescue. The couple just moved to a home in the northern suburbs of Atlanta. "Our dogs were the only reason we moved!" says Lewis in an email. "Living downtown didn't provide them the space we felt they deserved. The first time I saw them all running and playing in the yard, I knew we made the right decision."
Lewis isn't your typical dog owner, though. She has 10 of her own, and is currently fostering three for Angels Among Us. At any given time, she can have as many as 10 foster dogs in addition to her own, so buying a home with her dogs in mind was a necessity. The dogs went from having a tiny 250-square-foot (23-square-meter) yard to a large, half-acre (.2 hectare) greenspace.
"We would take them to parks and trails, but we wanted a yard of their very own that they could run off leash and really enjoy," says Lewis. "Giving them a large fenced-in-yard allows us to spend time with all of them enjoying the outdoors."
Despite having 10 dogs, Lewis isn't alone. Stacy Slocum, a real estate agent with Georgian Home Realty, just sold a home to her 30-something client Amber (last name withheld) who also was searching specifically for her bull terriers. "Her top priorities were a large private, fenced backyard and easy accessibility to that yard from inside," Slocum says. "She also didn't want steps at all, since her dogs are fairly large and one is older and has hip issues." Slocum says Amber was even willing to look outside of her preferred area just to find the perfect place for her dogs.
Amber also wanted to be able to entertain friends without the dogs being confined to a tiny dog area while guests were visiting. And even though the search took them six weeks, Slocum found Amber exactly what (her dogs) wanted — a four-bedroom ranch house with huge yard and privacy fence. And to top it all off, Amber gave her dogs the master bedroom. "The dogs have the largest bedroom in the house," Slocum says. "They have French doors that open up to the huge backyard. It's a great space to open up the doors and allow them to roam around and play with one another."
And that's exactly what Lewis and Amber share with other millennials: their love for their dogs and the desire to make them a part of the family. A late 2016 Mintel study found that seven in 10 male millennials and three in five females now own dogs. In fact, 75 percent of older millennials like Lewis and Amber (ages 30 to 39) have dogs.
And they're willing to shell out cash for them, which is good news for the pet industry. In 2016 alone, Americans spent $66.75 billion on things like food, leashes, collars and vet care. Millennials in particular aren't afraid to spend cash on their pets — 76 percent said they'd happily "splurge" on items like expensive treats and custom beds. And perhaps a new house.